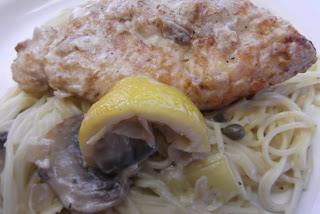 
I used to cook Lemon chicken piccata, once in a while, until a few years ago I discovered this recipe, it is a much better version of that dish, but very easy to make.This recipe calls for pancetta but, I just sprinkle bacon, with  a tiny amount of fennel, nutmeg, black pepper and garlic powder, voila! "ghetto" pancetta. I picked up the ghetto phrase, from my sons, when they were teenagers, they would whip up something in the kitchen, and every dish they created, had ghetto for a prefix : "Ghetto peanut butter fudge" The funny thing is, we live in the country, out on the prairie, I guess, prairie pancetta would be more fitting. This recipe is supposed to be a copycat of TGI Friday's dish, but I've never had it, so I can't comment on that. I cook the pasta last, so it doesn't become overcooked or cold. Angel hair pasta cooks really fast. It also gets cold and sticky, really fast. I add a little water, when reheating leftovers, do re-hydrate it.

Preparation:
For the scaloppine, Whisk together the flour, salt and pepper in a bowl.
Fry the bacon until crisp. Remove the bacon, leaving the drippings in the pan. add about 1/2inch of oil to the drippings. Heat on medium.
Dredge the chicken through the flour, shaking off any excess, and fry until golden brown, on both sides. (Cover and keep warm) Make the sauce.

In a large saucepan, fry the diced bacon, on medium, until crisp. Add the butter and capers and fry 1 minute.
Add the mushrooms, onion, and garlic. Fry until the bottom of the pan, begins to brown, quickly add the wine and lemon juice, to de-glaze the pan.
Cook until the wine has nearly evaporated, about 5 minutes.
Add the cream, lemon wedges and artichokes. Salt and pepper to taste, You'll need quite a bit to offset the lemon. Cook until the sauce thickens a bit, about 5 minutes.
Cook the pasta according to package directions.
I prefer to dip the chicken in the sauce, and set aside, then add the remainder of the sauce to the pasta.
Or you could Serve the pasta, topped with the sauce  place the chicken on top adding a bit more sauce if you like. I've also cut up the chicken, then added it to the sauce. 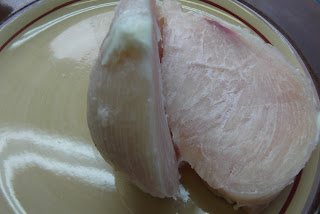 I slice the partially frozen chicken in half, to make two thinner slices. 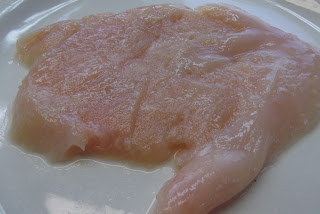 Once it's thawed, pound it flat between two pieces of plastic. I've found, a gallon storage bag works best, less messy too. 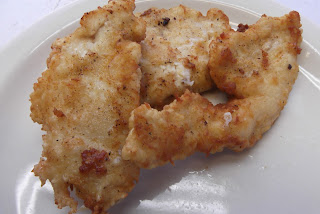 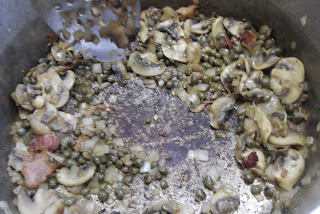 Fry the bacon, butter and capers. Add the mushrooms, onion and garlic. Fry until the liquid has evaporated, and the bottom of the pan begins to form a brown glaze. Quickly add the wine and lemon juice. Cook until the wine has nearly evaporated. Add the cream, lemon wedges and artichokes. 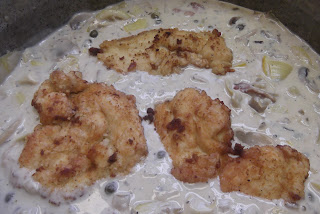 Cook until the sauce thickens a bit. About 5 minutes. Cook the pasta. I dip the chicken in the sauce, then add the remainder of the sauce to the pasta, and serve the chicken on top. But You could serve it any way you prefer. 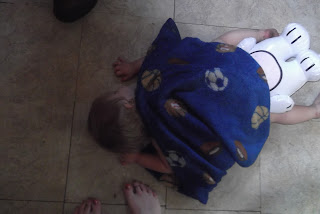 I chased my 1year old grandson Shaun, out of the kitchen, several times. I was making the sauce, and turned around, to find him sleeping on the floor behind me. Poor little guy, I guess I was taking too long. He's sleeping on an inflated plastic toy, it must have been comfy.