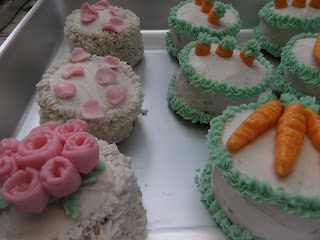 I took on a runaway project, that was just too big for me...a kid's tea party. It started out simple, then took on a life of it's own, and consumed most of my week. I'd say never again, but I would just be fooling myself.
I haven't decorated a cake in nearly a decade, so they were just OK, but the kids were really happy.
Since I was making Red Velvet-cake and Carrot-cake  fairy cakes, I thought I would try to add a little cream cheese, to the buttercream. It really improved the flavor of Wilton's buttercream. If you haven't used meringue powder yet, you should give it  try. It makes the frosting really fluffy, like whipped cream.
Here's how I made it, I just added a little more sugar, to compensate for the cream cheese. 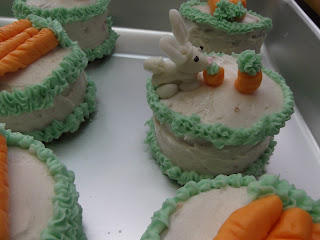 More fairy cakes, I used marshmallow fondant for the toppers. 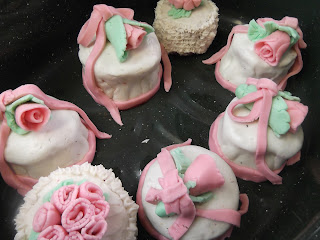 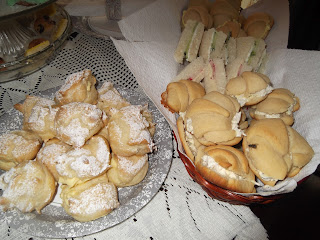 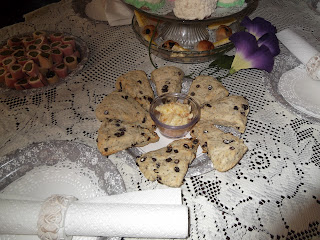